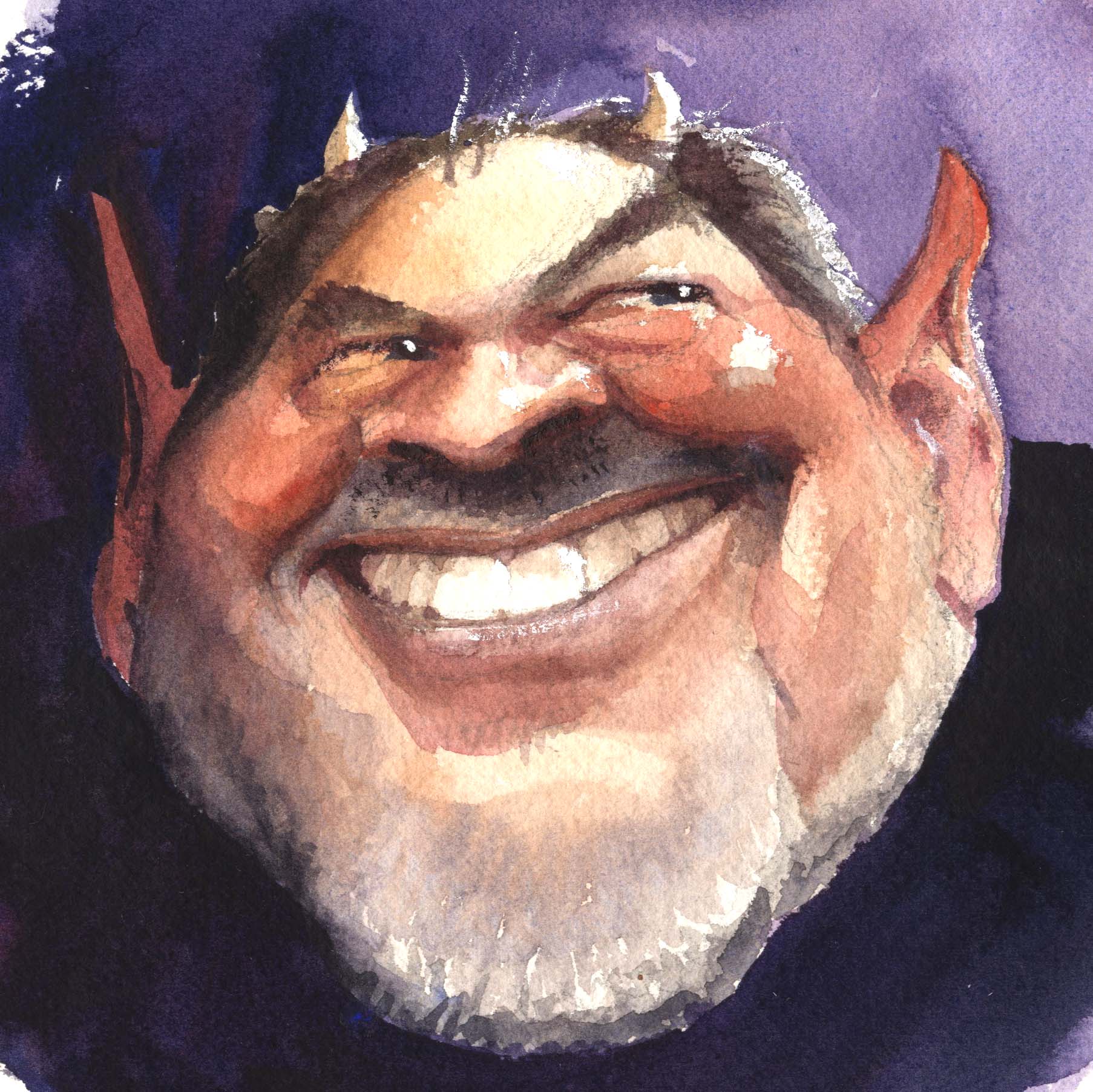 I am an artist who works in many different styles and mediums. As well as caricature and cartoon I paint and teach watercolour and paint live at events. Previously to that I ran a business painting decorative trompe l’oeil and murals. I love the artistic process in all it’s forms. An artist is constantly learning new ways to express the timeless pageant of life. The common thread which runs through all my work is humour. I find that comic invention helps me in expressing my world view and it keeps me smiling even through difficult times.

Paul started his artistic career in his 20’s. He had no formal training but had from an early age been encouraged and guided by his cartoonist father, Roy Raymonde. His first experience of making a living from art came when he ran off to Paris and became an itinerant street artist. Encouraged by this early success he started contributing cartoons to magazines and newspapers in England, notably Punch, Private Eye and Reader’s Digest.

In his late 30’s he developed and interest in Italian fresco. Having spent some time in that country, he started a company painting classical trompe l’oeil decoration. Amongst various prestigious projects he won a commission to decorate the Tate Gallery for the 1997 Grand Tour exhibition.

Throughout this time caricature and cartoon commissions have always been his staple and he now juggles this activity with painting and teaching watercolour in Barcelona.